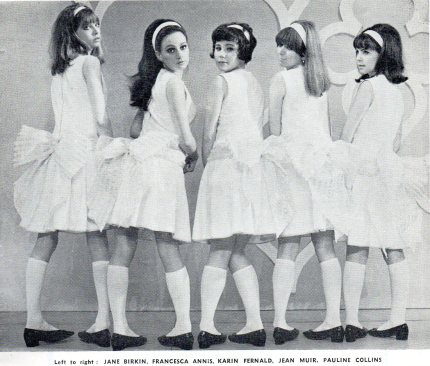 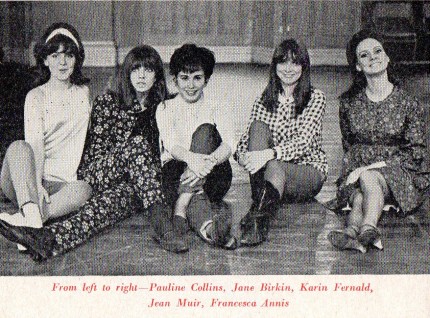 Jane Birkin appeared alongside Francesca Annis and Pauline Collins in a musical comedy, Passion Flower Hotel, in 1965.  The play was written by Wolf Mankowitz, with music by John Barry and lyrics by Trevor Peacock.  They might have been young and up and coming back then but in retrospect the cast makes pretty impressive reading: Bill Kenwright (I really like his version of I Want To Go Back There Again and don’t care what anyone else says about it!); Jeremy Clyde of Chad & Jeremy; Nicky Henson (of Psychomania fame!); Michael Cashman (of Eastenders fame).

Passion Flower Hotel opened at the Palace Theatre, Manchester on 30 July 1965 and transferred to the Prince of Wales Theatre in London on 24 August 1965, running for 148 performances until 1 January 1966.  There was an original cast album of songs from the play – I have a copy of it somewhere in my collection and I remember not being 100% sure where Jane was on the album.  There were just a couple of bits where I thought it could be her but it’s very hard to distinguish as she’s mainly part of the chorus.  Obviously it’s very dated nowadays but I wasn’t massively impressed with the musical upon listening to the album.  Excuse wonky scanning… 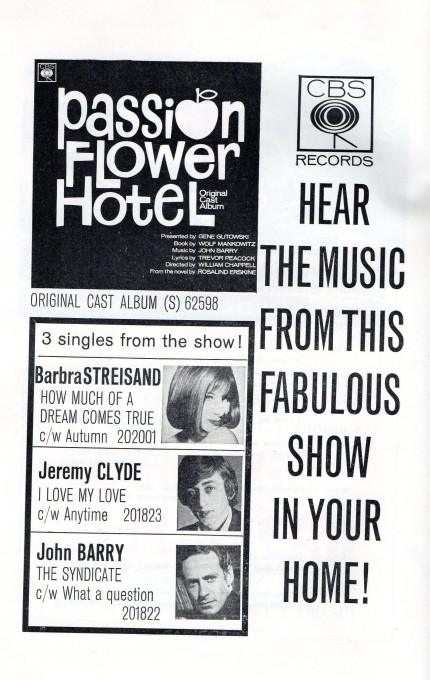 The story was, I suppose, quite controversial for the time: young girls at boarding school discuss losing their virginity and decide the best way is to set up a “service” for the local boys’ school situated across the lake from them.  Apparently, Jane, as required for the role, sang badly and danced badly and chanted “I must, I must, increase my bust!” but none of this put off John Barry who she started dating during this period and married just a few months later in October 1965.  Such a quick worker!

The two programmes for the play don’t differ massively but they do have different photographs of the cast in them so I’m including them both here: 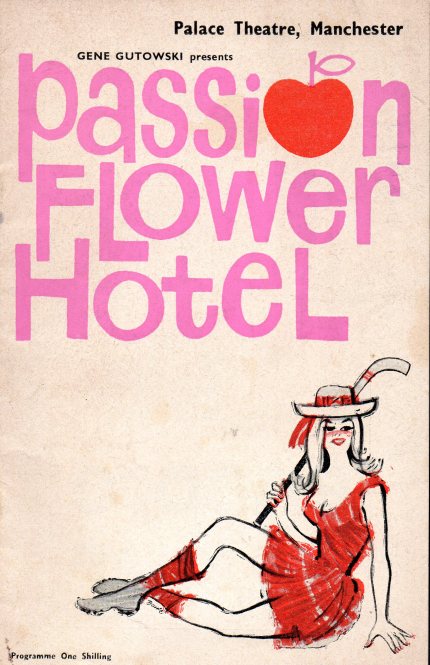 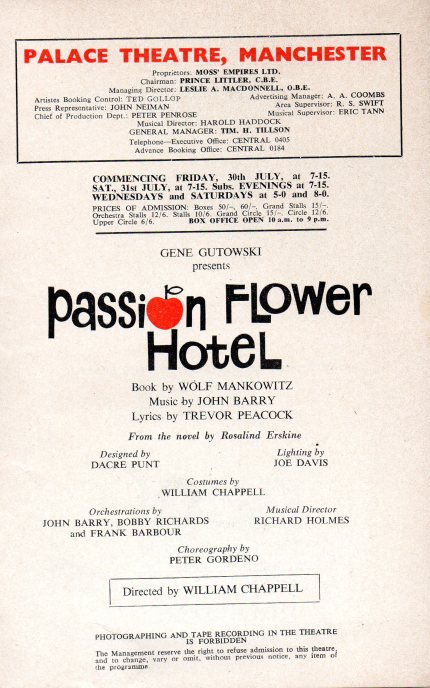 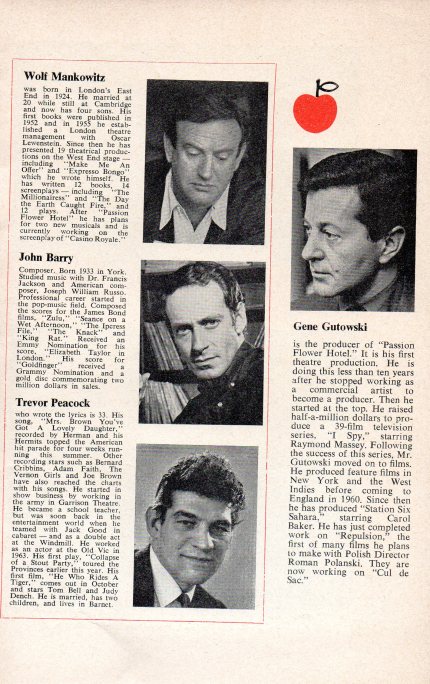 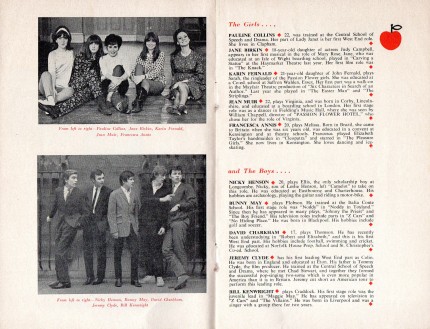 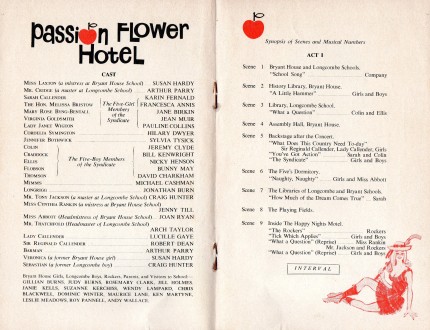 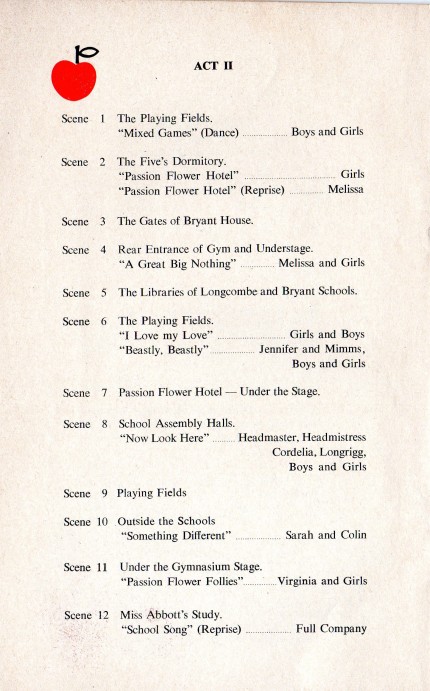 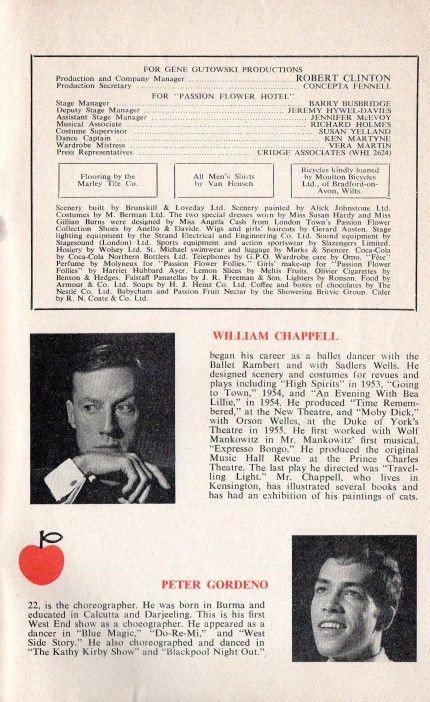 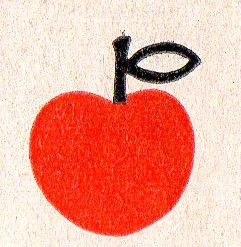 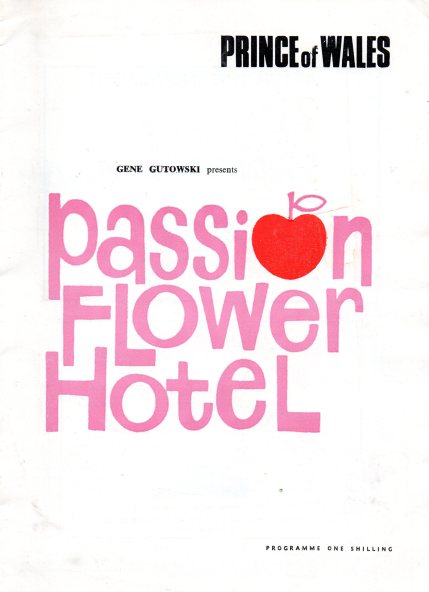 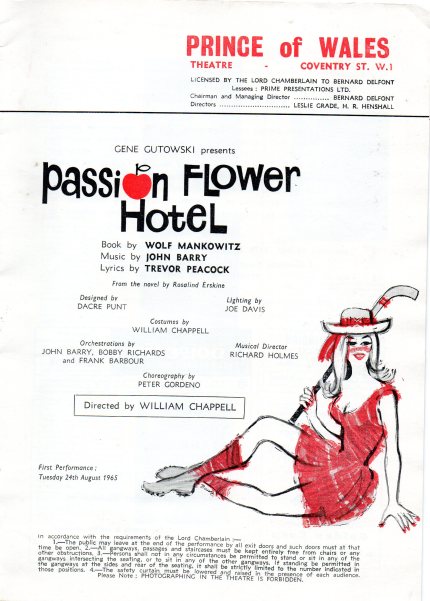 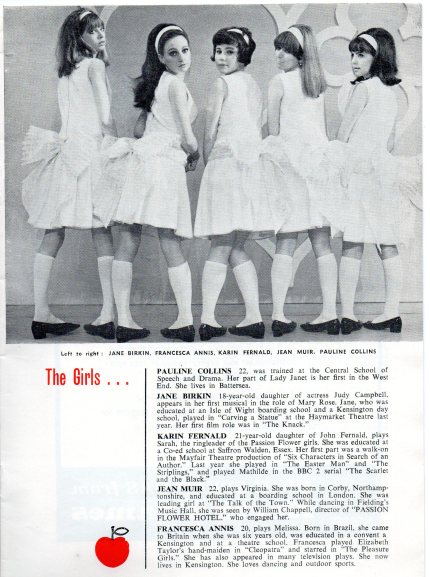 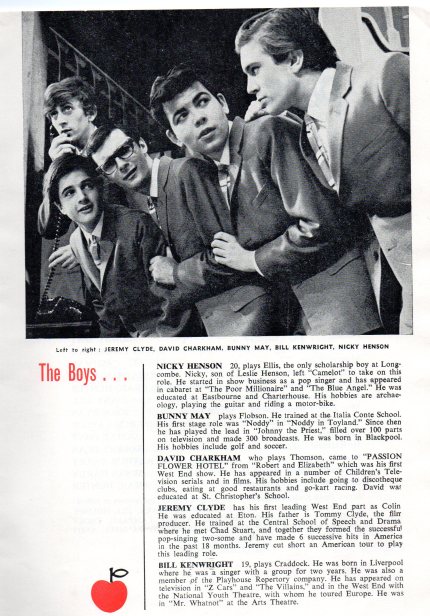 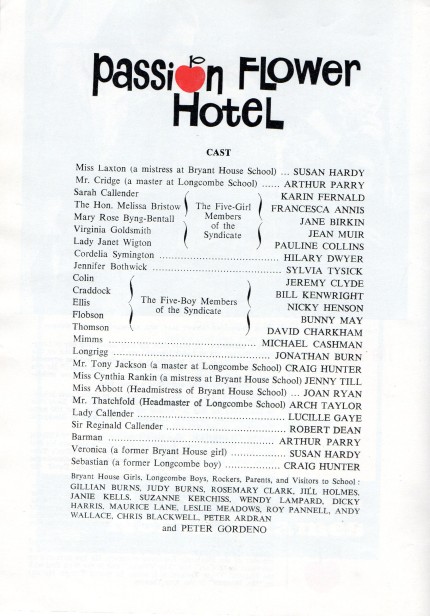 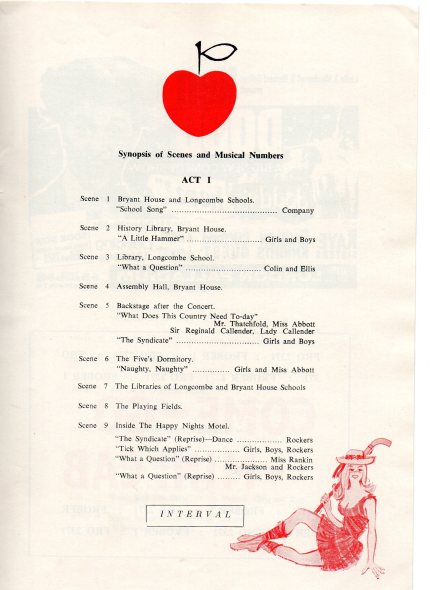 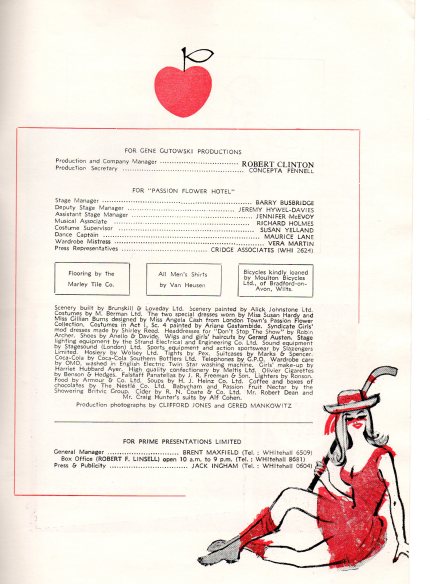 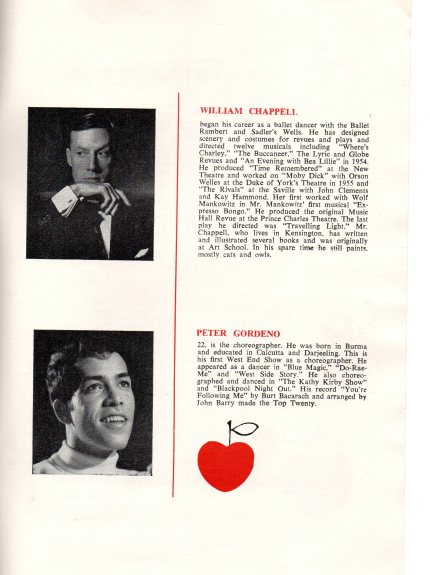 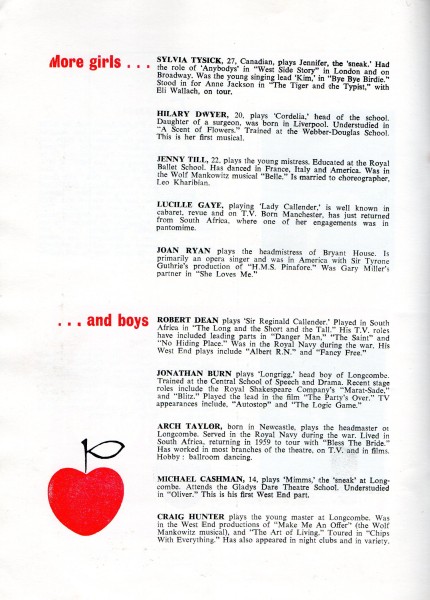