The Wonderful World of Pop & TV Stars “Picture Stamp Album” was published by F.K.S. Publishers in London in 1968.  I’d never seen one of these picture stamp albums before I found this one and I just had to have it even though it’s not a complete album – it’s very hard to find the stamps so I’m not sure I’ll ever find all the ones I am missing (although I’ll try nonetheless, especially for the ones of The Troggs, Jackie Pallo, Sid James, Mick McManus, Roy Orbison, Donovan and Billy Fury).  It doesn’t matter too much though because the ones that are in the album are amazing; some fairly obscure bands and some very colourful and unusual images: 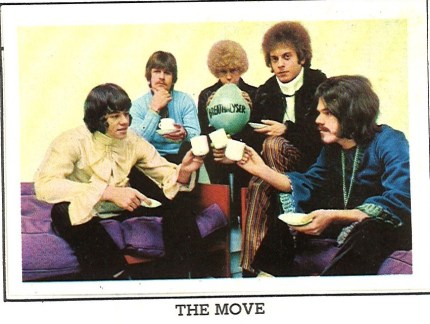 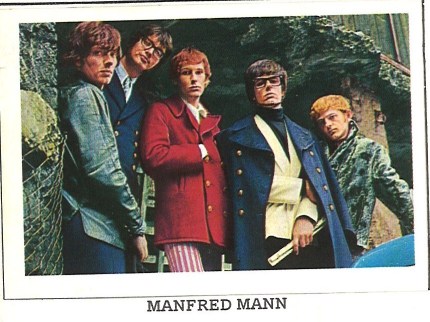 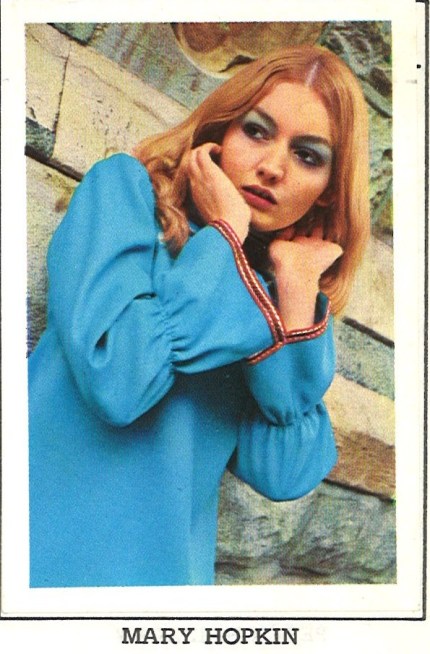 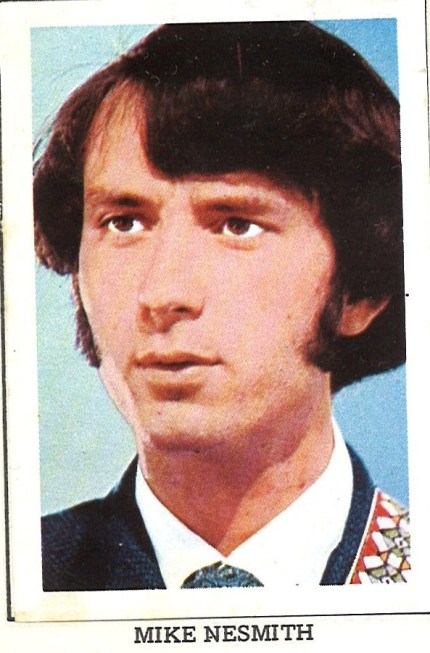 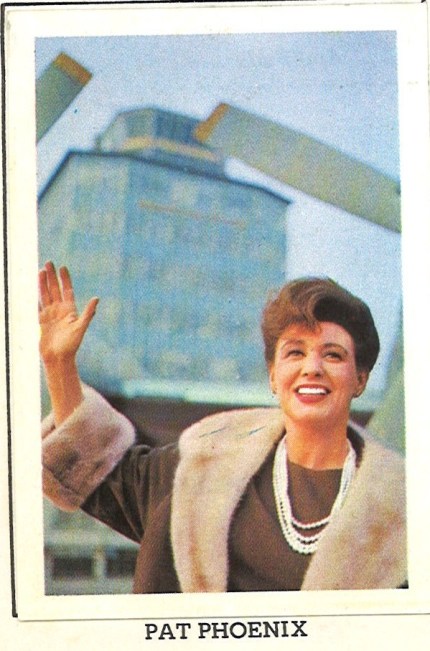 Who would ever imagine finding not just one but two picture stamps of Simon Dupree and the Big Sound in the album, especially when there’s only one of Elvis Presley?!!  I was very happy to find them. 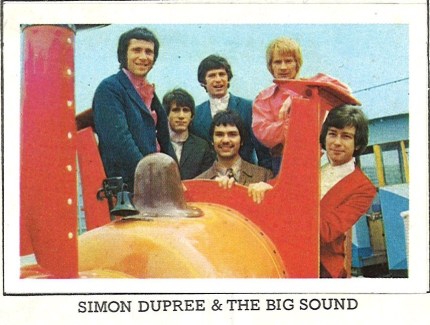 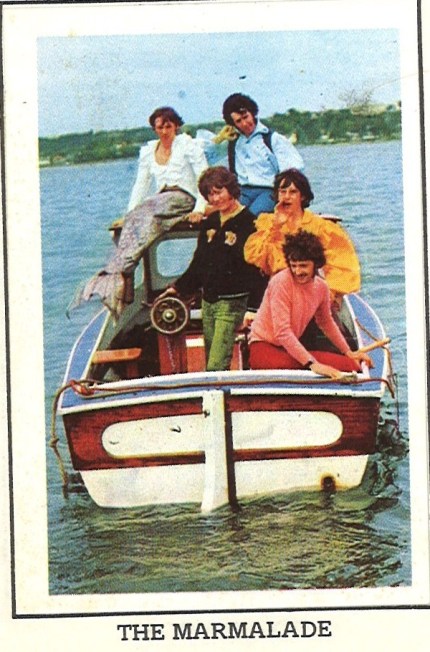 And how about a photo of The Marmalade playing at being mermaids!

Yes, I was as surprised as Noel Purcell looks here.  Anyway, here’s the entire book (complete with blanks) – if anyone knows where I can pick up some of the missing stamps, drop me a line as I’d really like to get them all and complete the collection. 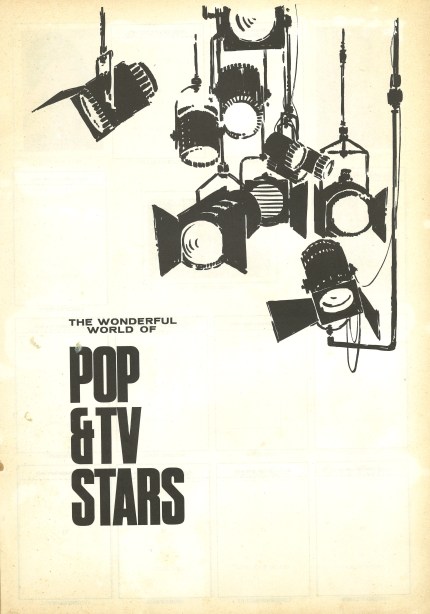 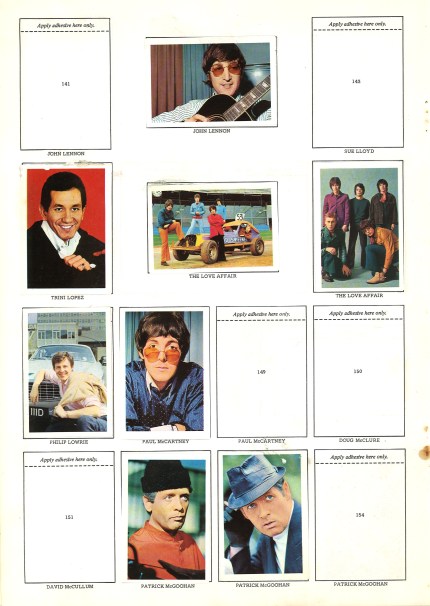 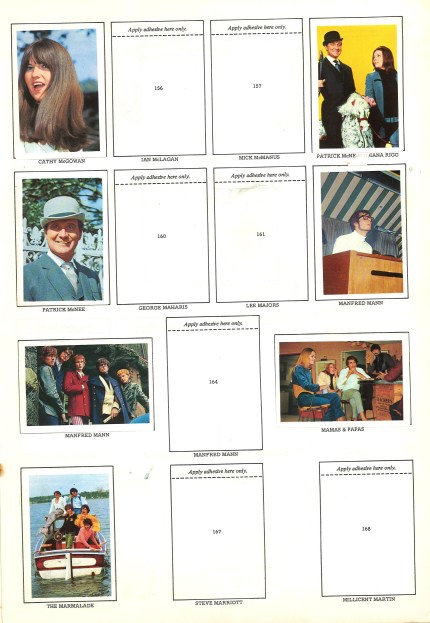 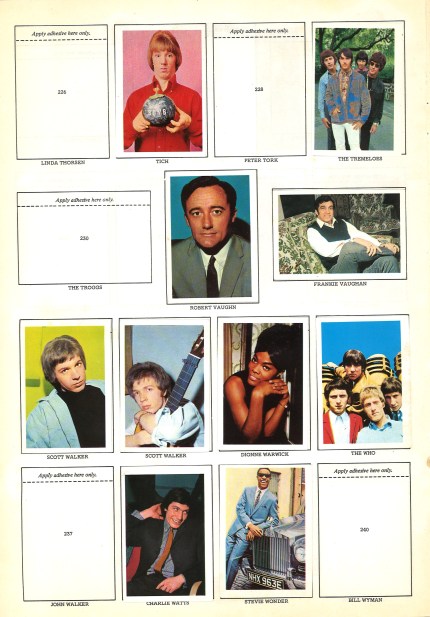