I’ve written about The Zombies on here before – they’re one of my top bands.  I went to see them last week when they played The Komedia at Bath and they were absolutely wonderful, even better than when we saw them in Bristol a couple of years ago.  They played a great set, ranging from 1964 to the current day with their latest album Still Got That Hunger – of the tracks they played from this album Edge of the Rainbow sounds particularly good live.

Here’s the set list – it was in two parts (we got part two and managed to nab a photograph of the other half):

And here’s a few photos of the band courtesy of Dave Tinkham at Datapanik Design: 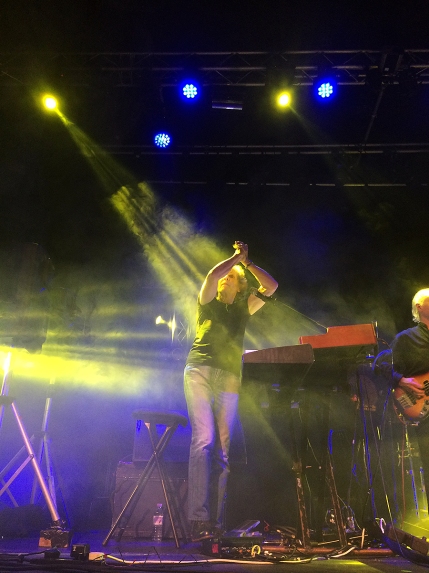 The Komedia is a really nice venue with excellent sound quality and we managed to bag ourselves seats on the front row.  Everyone in the audience was enthusiastic; there were some people in the row behind us who were singing along doing harmonies and they had really great voices, which makes a change and was nice to hear.  There were standing ovations for The Zombies and everybody sang along with the encore God Gave Rock and Roll To You.  What a wonderful night it was!

If you go and see The Zombies – and I recommend that you do – be sure to go to their merchandise stall; Colin and Rod sign pretty much everything and there’s no extra charge for that.  I bought myself a signed Zombies Christmas decoration this year!

Anyway, here’s the thing:  during the concert Rod Argent said that The Zombies have been nominated for a place in the Rock & Roll Hall of Fame.  They definitely deserve a place (if they want one!), so I have been voting for them every day since the concert.  You can vote once a day until 5 December 2017.  It would be really nice if they got voted in, so please vote for The Zombies if you are willing / able.  You can do it here:  VOTE FOR THE ZOMBIES!