I’ve been watching some good TV shows lately – one of the best interviews I have seen was from Cinéma Cinémas, which was an excellent French TV show about cinema (and I mean cinema in the best sense of the word). 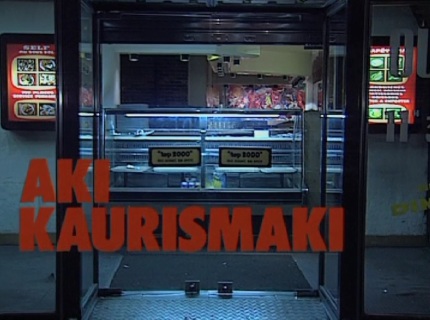 Anyway, the sequence I enjoyed so much was an interview with the Finnish film director Aki Kaurismäki (from the 14 April 1990 episode of the show), which was conducted by Christian Meunier, who, for all I know, could still be emotionally scarred by the experience.  Wherever he is, I wish him well!

Get the 4 disc boxset of Cinéma Cinémas – I would if I were you.  If you don’t speak French, there are loads of interviews in the English language, which have been subtitled in French.  But, in the meantime, here are my highlights from Aki Kaurismäki: 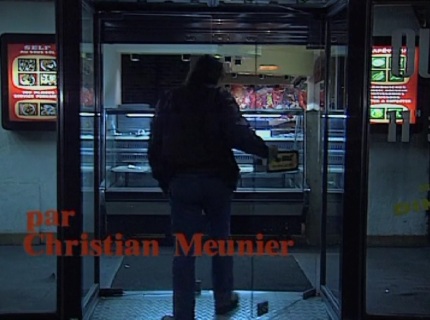 Things you learn about Mr Kaurismäki: 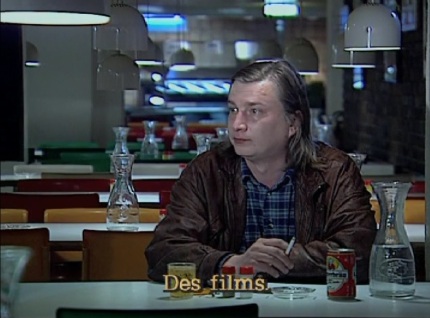 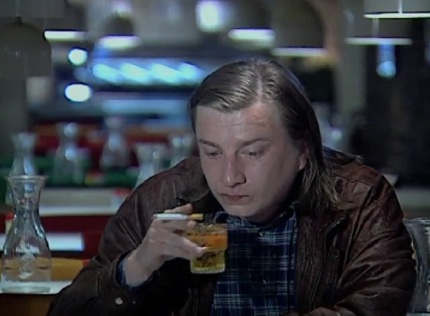 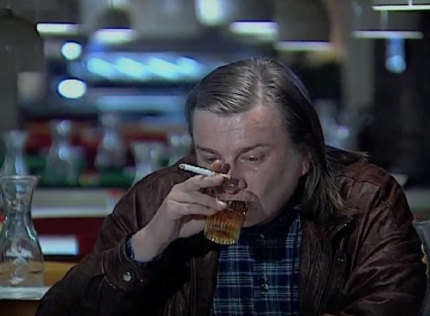 Kaurismäki has a clear process of working.  I did a diagram, look: 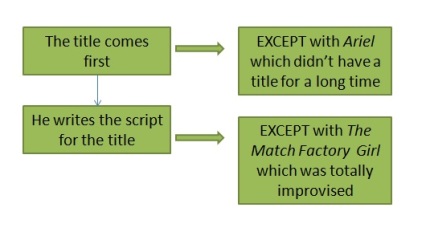 The interviewer says that in France Kaurismäki’s films are seen as “dark, cruel, realistic with a strong sense of humour”.  What does Kaurismäki think?

I’ve done another diagram to make this easy to understand: 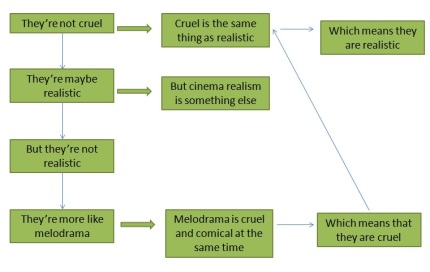 Looking like a pyromaniacal version of a young Harry Enfield

Saving the best for last.  Here’s the Chinese Bookie story.  The background is, Kaurismäki has total control on his films because he does everything himself – writing, producing, directing, editing, etc – but the question remains:

Interviewer:  How do you find the money?

Kaurismäki:  I get them from Manhattan from a Chinese bookie man

Interviewer:  Is he rich? 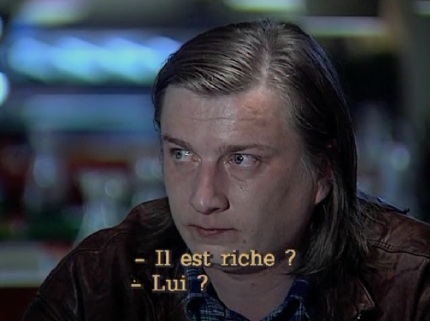 Kaurismäki:  Him?  Not anymore.  He financed my films.

Well, it made me smile anyway – something like this, a ghost of a smile:

To close, here are a couple more screen grabs to tickle your Kaurismäki tastebuds:

I spy with my little eye… Oh yeah, it’s a ring pull!