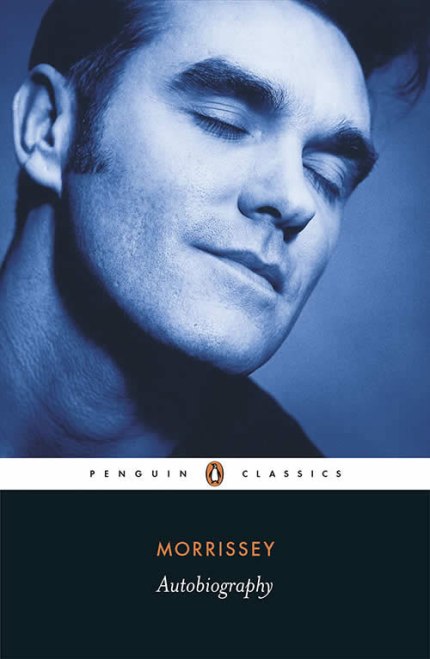 Following on from parts one to four.  As before, SPOILER ALERT!!!

5: A Reaper with the Power of Our Lord  Morrissey recounts the entire plot of The Strange One; he then recounts the entire plot of I’m A Stranger.  At the third Sex Pistols gig in Manchester, Morrissey meets Linder Sterling who is dating Howard Devoto of The Buzzcocks.  Morrissey is still mistaken about the Sex Pistols and is convinced the singer is Fagin.  Morrissey is there to meet Johnny Thunders and Jerry Nolan; he takes photographs but can’t get any conversation out of them.  The Clash’s soundcheck is so bad that Morrissey decides never to go to a soundcheck again – unless it is his own.  Linder asks Morrissey if he is “still ill” – a song is born.  Morrissey responds to Billy Duffy’s card in Virgin Records looking for a singer.  Morrissey sings.  They have five songs ready for their first gig as The Nosebleeds, which goes well.  Morrissey has a taste for it now but unfortunately Billy leaves to join Theatre of Hate.  Billy tells Morrissey that Johnny Marr is a better guitarist than him anyway and suggests they hook up.  When Morrissey sees Simon Topping on the cover of the NME with A Certain Ratio he wants to die.  He starts having daily panic attacks.  Morrissey goes on and on about Margaret Thatcher.  He feels like the black sheep of his family and he asks a Polish girl called Anna if they can move in together but she refuses.  Johnny Marr’s favourite group of all-time is Pentangle and he doesn’t know how to pronounce the word guitar; despite this they get on well.  They call their band The Smiths.  Johnny brings in Mike Joyce and Andy Rourke and makes sure they stay.  EMI pay for three recordings and then reject them.  They go to see Rough Trade and do them a favour by bringing a level of success and glamour to the label.  Morrissey can’t think of anything good to say about Geoff Travis and Rough Trade and likewise Geoff Travis later declares he can’t think of anything good to say about The Smiths.  Rough Trade gives The Smiths £6,000; Morrissey pays his ’phone bill and the rest goes in The Smiths’ bank account.  The Smiths sign some vague deal with Sire.  Morrissey and Marr are not treated to lavish meals by their record label, instead they consume food and drink starting with the letter C; Coca-Cola, chocolate, crisps and chips.  Hand in Glove sells and The Smiths record radio sessions.  The Smiths record their first LP in Wapping, of all places.  Troy Tate is rubbish at producing so John Porter of Roxy Music is brought in but he doesn’t seem to be much better.  The album enters the charts at number 2 instead of number 1 because Rough Trade couldn’t get the cassettes manufactured in time – Morrissey feels Rough Trade are letting The Smiths down.  Morrissey is interviewed on breakfast TV and thinks Henry Kelly is just awful.  There’s more trouble at Rough Trade…