Back in July 2012 I got to interview the British actress Margaret Lee, who will be well known to those of you who like the director Jess Franco (RIP) or those of you who like Italian movies from the 1960s.  I’m a big fan of Margaret Lee and as she had appeared in many films with the Polish/German actor Klaus Kinski, I asked if she would allow an interview for my Klaus Kinski website Du dumme Sau!   Sadly, since there have been allegations of abuse made by Klaus’ daughter Pola Kinski, the website is no longer active but you can still read the interview here for now. It’s a bit of an exclusive as Margaret Lee is something of a recluse these days, so I was delighted to get the chance to interview her.

Anyway, after the interview Margaret kindly signed an autograph for me on an original 1960s postcard: 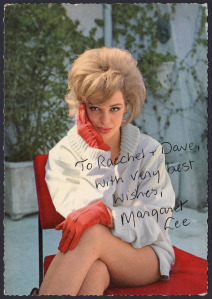 I can’t imagine there are many people who have an autograph from Margaret Lee, especially a dedicated autograph, so I was so pleased to receive it.

I was recently given a copy of a Hungarian magazine which appears to be called Film Színház Musika and has Margaret Lee on the cover.  Unfortunately I don’t speak very much Hungarian (just a few words I have picked up from the many Hungarian films I have watched!) so I can’t really say what the article is about, other than it seems to be an interview with Margaret about her role in the 1969 film House of Pleasure (original title: Frau Wirtin hat auch eine Nichte), which was a West German / Italian / Austrian / Hungarian co-production.  The film was directed by Franz Antel and co-stars included the Giallo favourite Edwige Fenech, Claudio Brook, Karl Michael Vogler, and Heinrich Schweiger.  I haven’t yet got a copy of this film but I will keep an eye out for it at future film fairs.  Anyway, here is the front cover and article for anyone who can understand Hungarian and those who just like looking at the pictures! 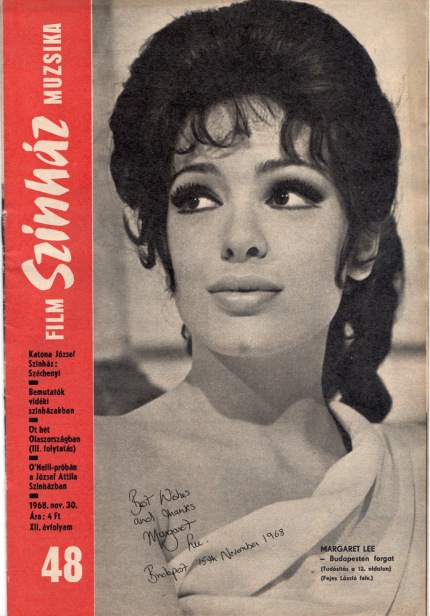 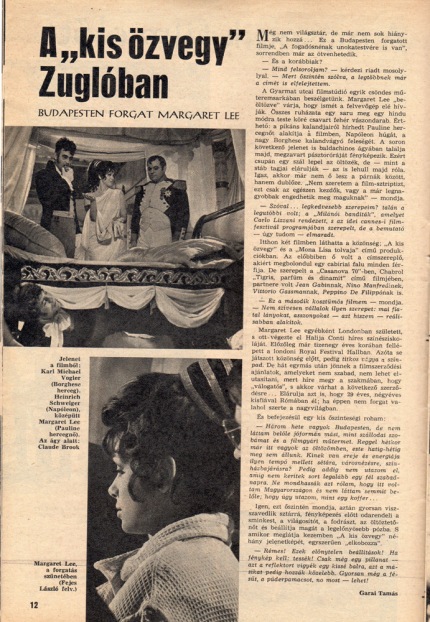 The cover isn’t actually signed, Margaret must have signed a photograph for Film Színház Musika which they used for the cover, as you will note that it is dated 15 November 1968 and the magazine is from 30 November 1968.